Chimaeric is a motion picture company comprised of filmmakers and proudly based in Columbia, MO. Regardless of scope or budget, we approach each project with open hearts and an unyielding aspiration to push your project to be as impactful as possible.

We believe great stories are developed from a deep understanding of narrative structure and how the human mind responds to a well-crafted pairing of sight and sound. Motion pictures are the single most powerful medium for creating connections between people. We make content for all screen sizes and delivery platforms that touch the viewer and move them to action.

We embrace creative collaboration and work fluidly with our clients, staff, and army of co-creaters to craft dynamic cinematic projects. This approach allows us to create memorable stories by fusing the goals of the client with our experience as filmmakers. 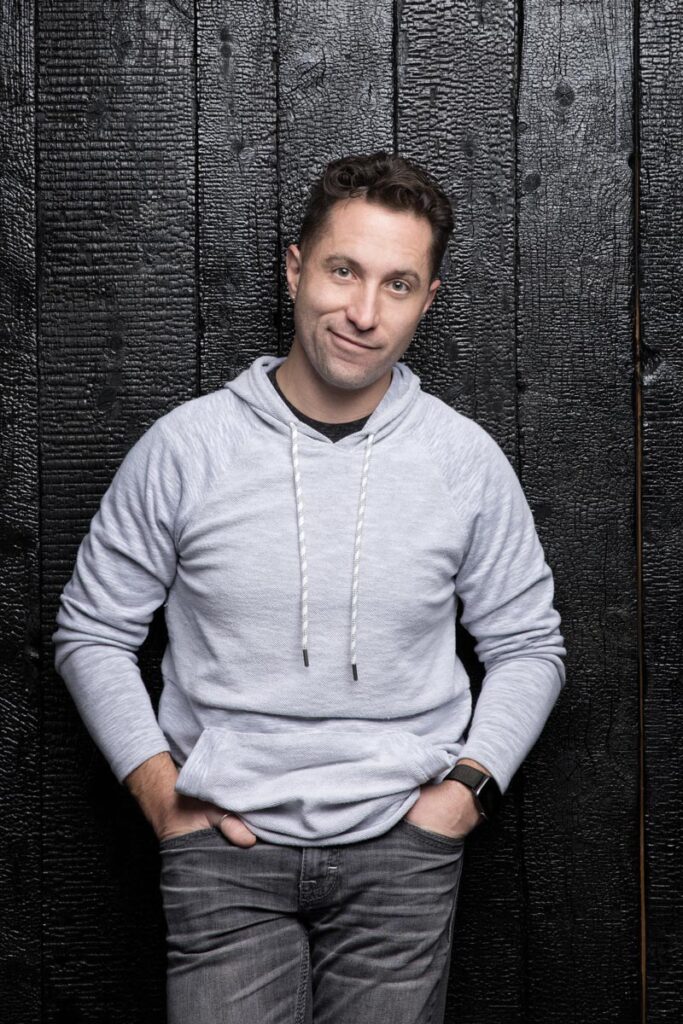 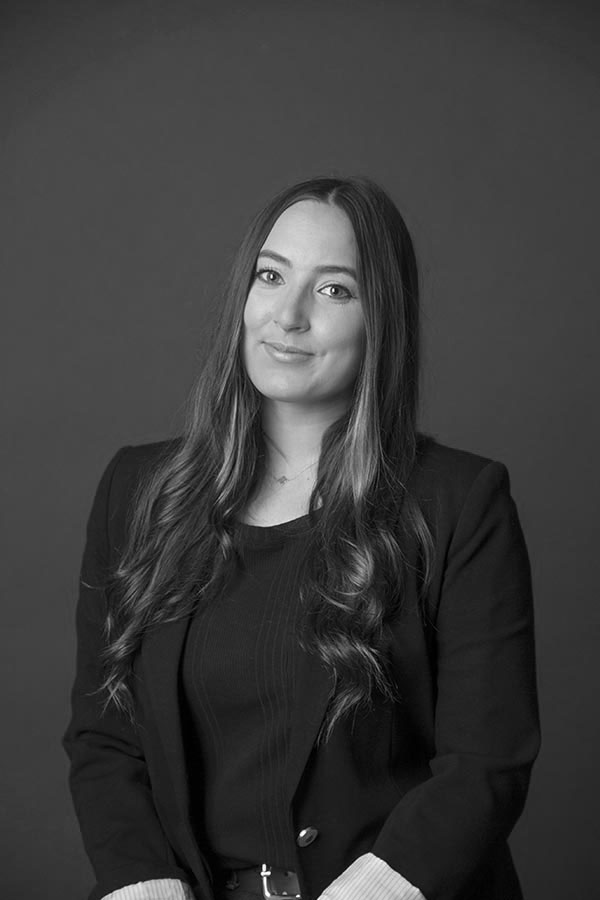 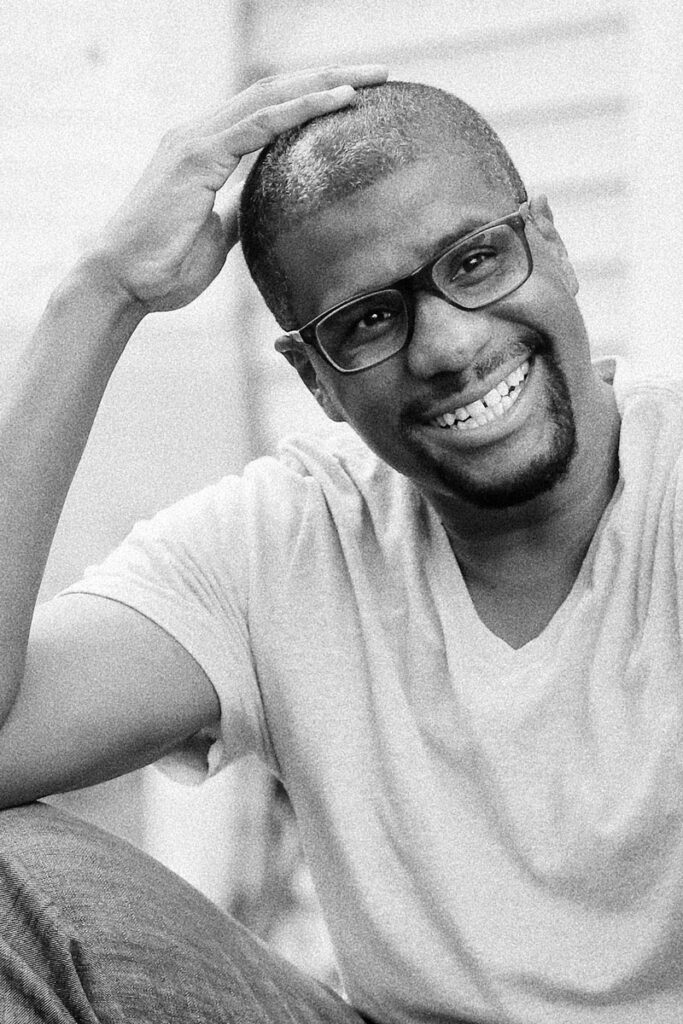 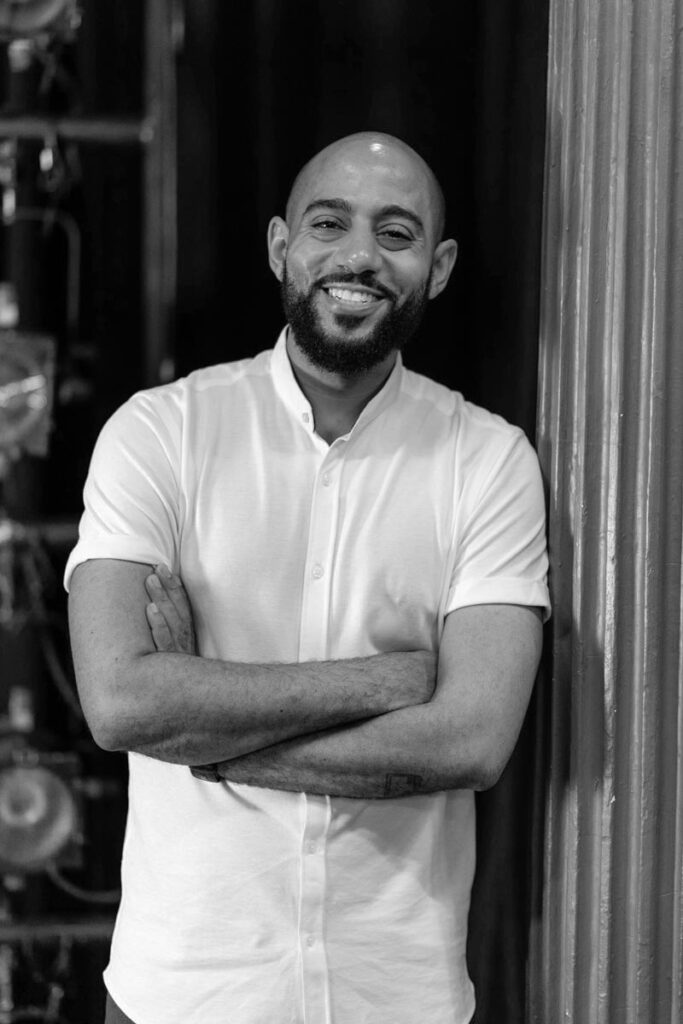 Creative Director for the Arts 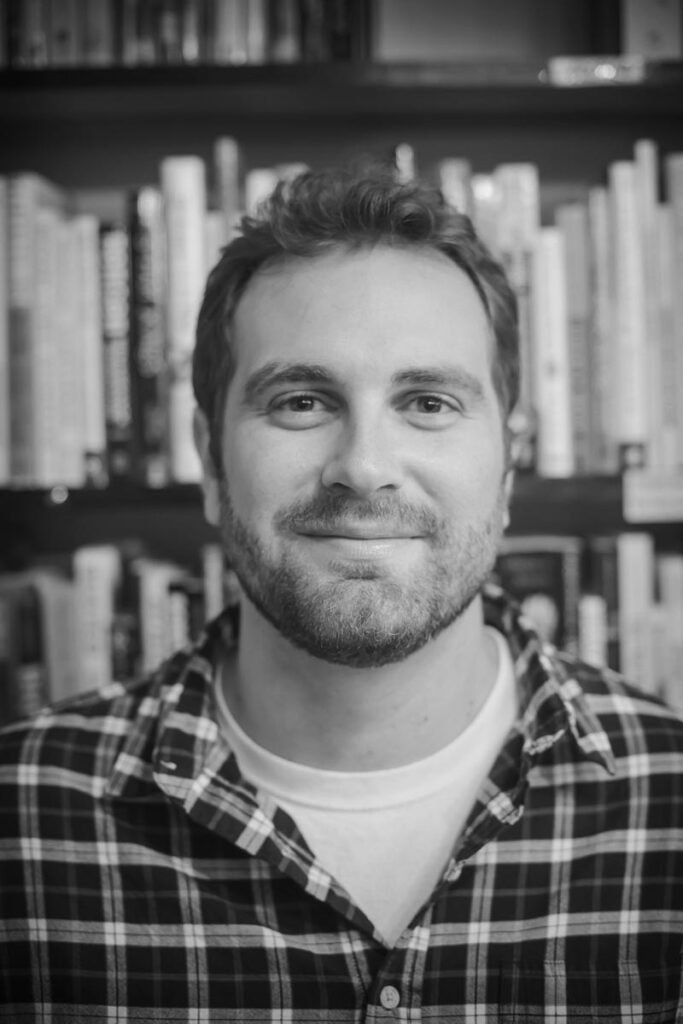 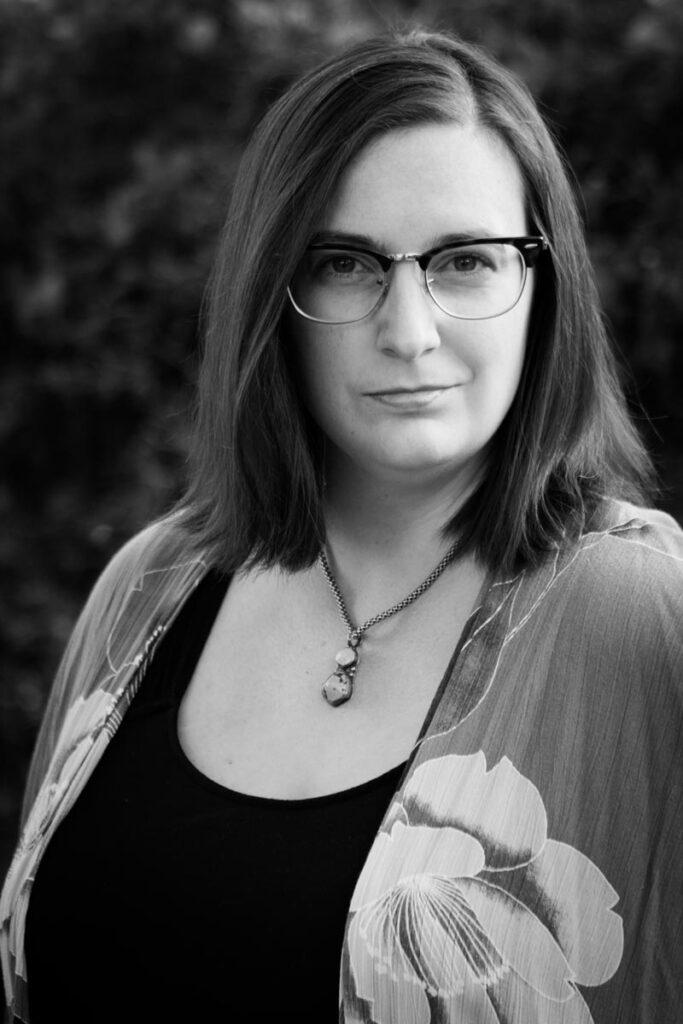 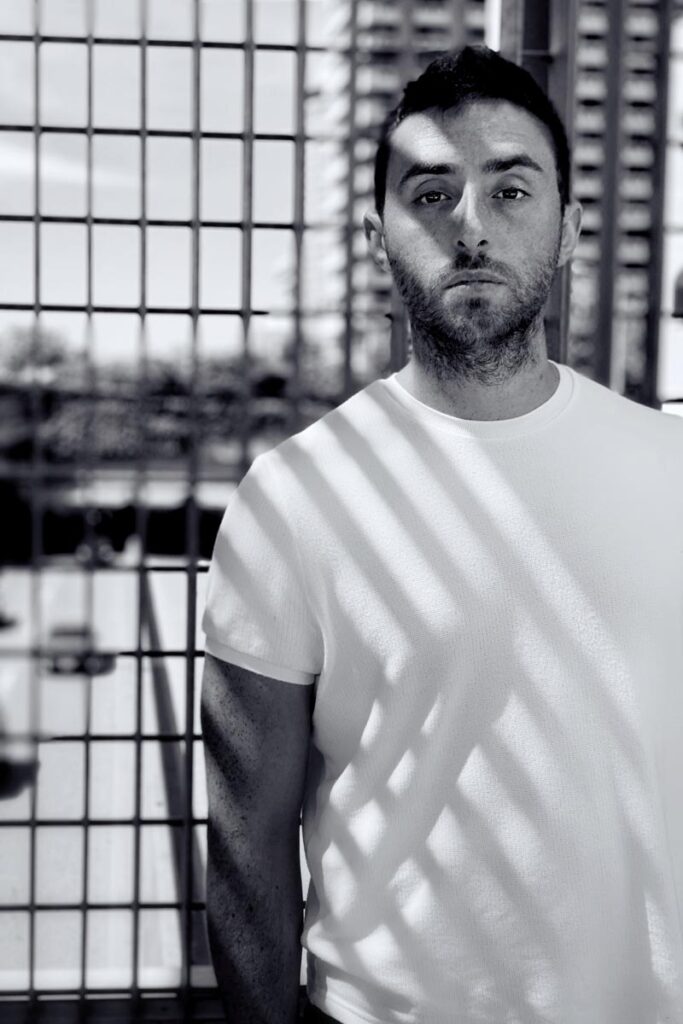 Do you want a group of filmmakers telling your story? Let’s get started!

I stumbled across my love of motion picture storytelling way back in the 90’s while playing with my parents VHS camcorder. I’ve spent the last 22 years developing my craft. After receiving a degree in Communications from William Woods and stints on the both coasts, I moved home to start a family and build a company so I can do what I love and love where I live.

A native of Massachusetts, Jen Huemmer was born and raised in the Berkshires, a small western MA county known for its rich artistic culture and picturesque landscapes. Jen graduated from Stephens College, the second oldest women’s college in the country, with a BFA in Digital FIlmmaking. Jen’s feature film credits include the Indie horror flick You’re Next (2011 – Lionsgate), Awful Nice (2013 – Screen Media Films) and Marshall’s Miracle (2015). She also worked on National Geographic’s Amish Out of Order, The History Channel’s, $OLD, The X Factor and Dead Files Revisited for Painless TV. Jen has produced commercial projects for Shelter Insurance, Brooklyn Academy of Music, The Missouri Bar, and the Department of Defense. Jen lives in Columbia with her fiancé and loves cooking, walking the MKT trail, online yoga videos and dogs.

Jen has been with Chimaeric since it’s inception in 2012.

Kamau Bilal is an African American filmmaker based in Central Missouri. He was named one of 25 New Faces of Independent Film in 2018 by Filmmaker Magazine. His short film Baby Brother held it’s World Premiere at Sundance in 2018, it’s International Premiere at Sheffield Doc/Fest and was supported by the Points North Institute. The film was selected as one of seven shorts to participate in the Sundance Short Film Theatrical Tour, where it was shown in four countries and over seventy cities. His work has been featured in the The NYTimes, Filmmaker Magazine, Hammer To Nail & No Film School, among others. His previous short film, Crown Candy co-directed with David Wilson premiered at DOC NYC and won the grand jury prize at the St. Louis International Film Festival, an Academy Award qualifying event. In 2016, he photographed the HBO commissioned and Emmy nominated documentary Abortion: Stories Women Tell, directed by Tracy Droz Tragos, which premiered at the Tribeca Film Festival and aired on HBO. As an editor, he cut the NYTimes Critics pick A Stray directed by Musa Syeed (Valley of Saints), and premiered at SXSW 2016. In 2020 he was the director of photography for the ESPN 30 for 30 film Long Gone Summer directed by AJ Schnack.

Kamau has been with Chimaeric since it’s inception in 2012.

Josh has been with Chimaeric since it’s inception in 2012.

— Creative Director for the Arts

Preston Miller is a New York based Director and Choreographer, working in the fine arts and commercial dance space. With degrees in choreography and dance from the Ailey/Fordham BFA program, he has created, choreographed, and directed films in partnership with the industry’s top artists and notable companies including Alvin Ailey, National CARES, and Brooklyn Academy of Music.

Preston has been a director with Chimaeric since 2013.

Nick Berardini is an accomplished writer/director in both fiction and non-fiction. His directorial debut was a feature length documentary, Killing Them Safely (alternate title Tom Swift and His Electric Rifle). The film was produced by Academy Award winner Glen Zipper and premiered in World Competition at the Tribeca Film Festival in 2015, where it was bought by IFC/Sundance Selects. Killing Them Safely received wide critical acclaim, featuring dozens of profiles in prominent publications, including Vanity Fair, Newsweek, The Los Angeles Times, Forbes, and the Guardian. It is currently on Hulu after a multi-year licensing deal with Netflix. Nick parlayed the success of Killing Them Safely into multiple projects — both scripted and unscripted — currently in development for major production companies and studios. Nick was named to Filmmaker Magazine’s 25 New Faces of Independent Film in 2015.

Nick has been a writer and director with Chimaeric since 2017.

Liz Fornango is an LA-based editor and colorist. Liz began her career in Missouri where she worked on national ad campaigns, independent features, corporate and nonprofit content, and broadcasts. Upon moving to Los Angeles, Liz spent time at Company 3 assisting on major music videos, Super Bowl commercials, and studio film marketing before striking out on her own. She has worked with major brands including Anheuser Busch, Burt’s Bees, Build-A-Bear, Total Wine, and Baileys. From Snapchat content to feature films, she brings a fresh eye as well as deep technical expertise, matching style and workflow to the needs of each individual project.

Nick Price is a Los Angeles based re-recording mixer and editor, working in independent and re-distributed film and TV, localization, voice over, and video game dialogue. Receiving his initial training at Webster University in St. Louis, MO he has worked with and for notable companies such as Deluxe Entertainment, Post Haste Digital and Pole to Win International.

Nick has been a re-recording mixer and editor with Chimaeric Motion Pictures since 2013.